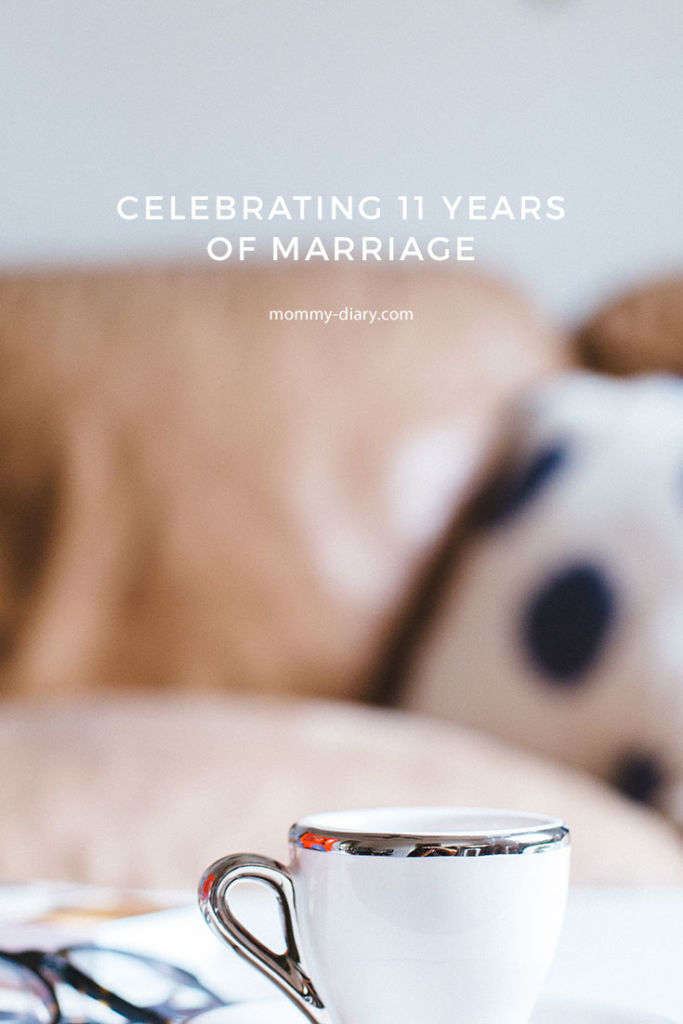 For our ten year anniversary, we renewed our vows in Maui and took professional photos. A year later on our eleventh anniversary, I woke up to my 8-year old daughter chuckling and “hiding” under my bed while my husband read this really cheesy haiku to me.

Yes, he really read it aloud- without even laughing. He’s a natural performer. 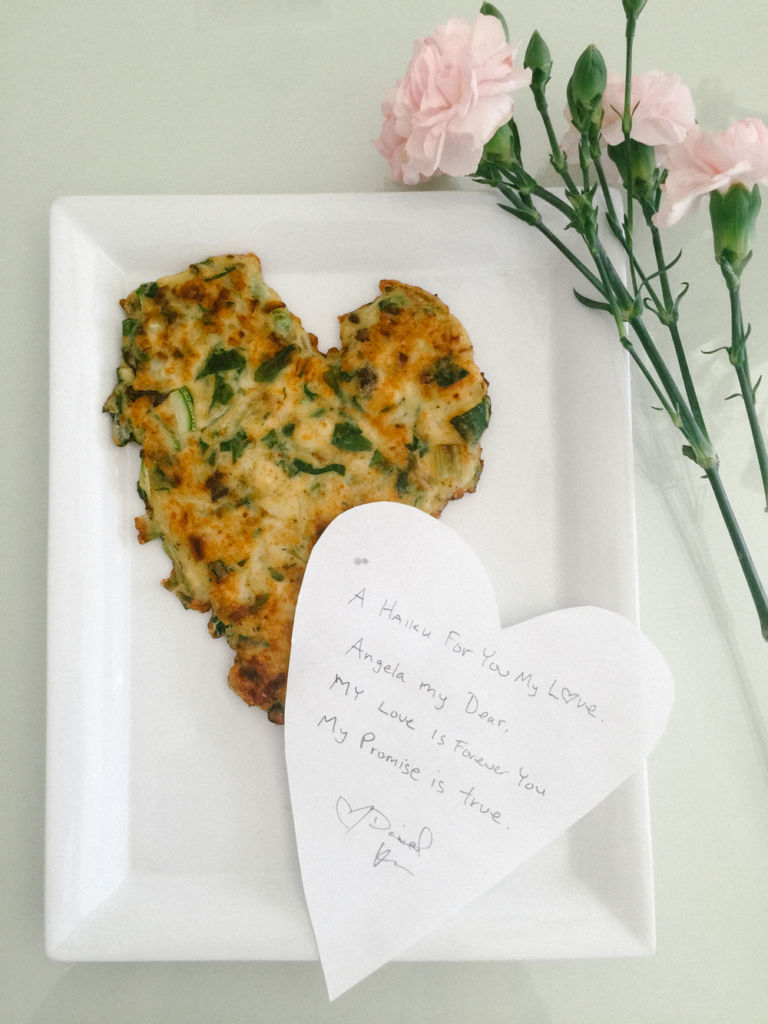 He said the haiku is my younger daughter’s idea (that’s the only poem most 8-year olds know) and the mix for Korean pancakes was already made by my mom who is visiting for a week from Seattle. So this heart shaped vegetable pancake and haiku are both a spontaneous celebratory gesture that isn’t all that original or romantic. And the flowers? Well, they were purchased a week ago for my mother’s 60th birthday.

It was unprompted, spontaneous and really cheesy but cute. And it’s something new. By year eleven, a few dozen of roses and sweet card doesn’t faze you. Not even designer bags or shoes. Not even cash, although cash is ALWAYS good. Instead, I chuckled at the cuteness of this heart shaped vegetable pancake and cheesy 5-7-5 lines.

This is what our romance looks like, eleven years later. 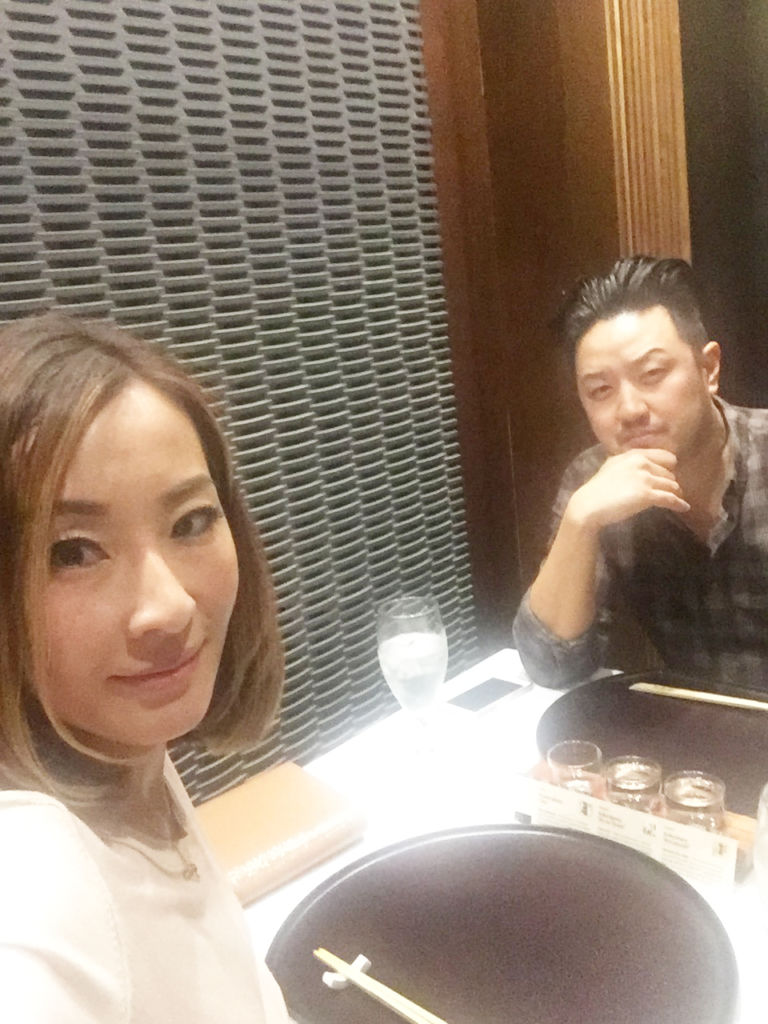 At night we finally broke away from the kids for an intimate dinner. My husband and I don’t get many date nights due to lack of childcare so it was nice to be out without kids for once. If we really wanted to, we can find a nanny or sitter and make date night a priority but admittedly it’s been hard to do so especially with the move, remodeling and children’s daily activities.

I assume this is a problem with balance that many married couples with children face and understand that we should improve on this area in the following year. More on this later.

The marriage section of my blog has been silent for awhile, so today I want to recap our special but ordinary 11th wedding anniversary.

For dinner we went to Shiki Beverly Hills for their signature Omakase. We really enjoyed our last anniversary dinner at N/naka and was looking for a comparable experience in the Los Angeles area. Of course, I started the night with their signature sake flight. 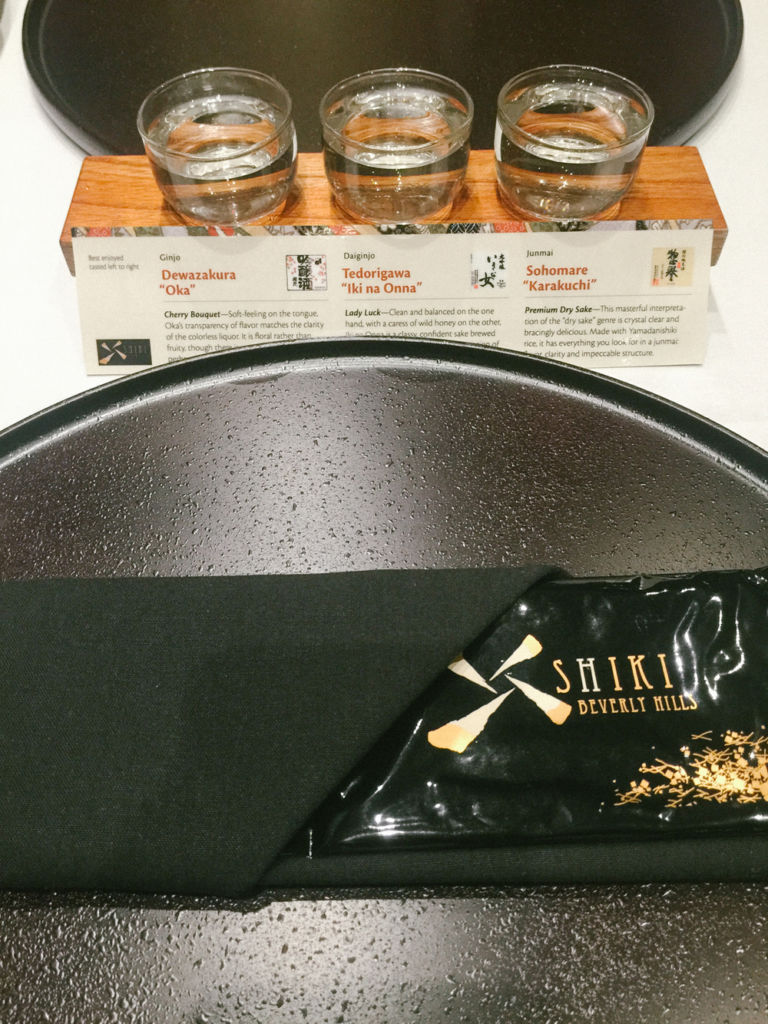 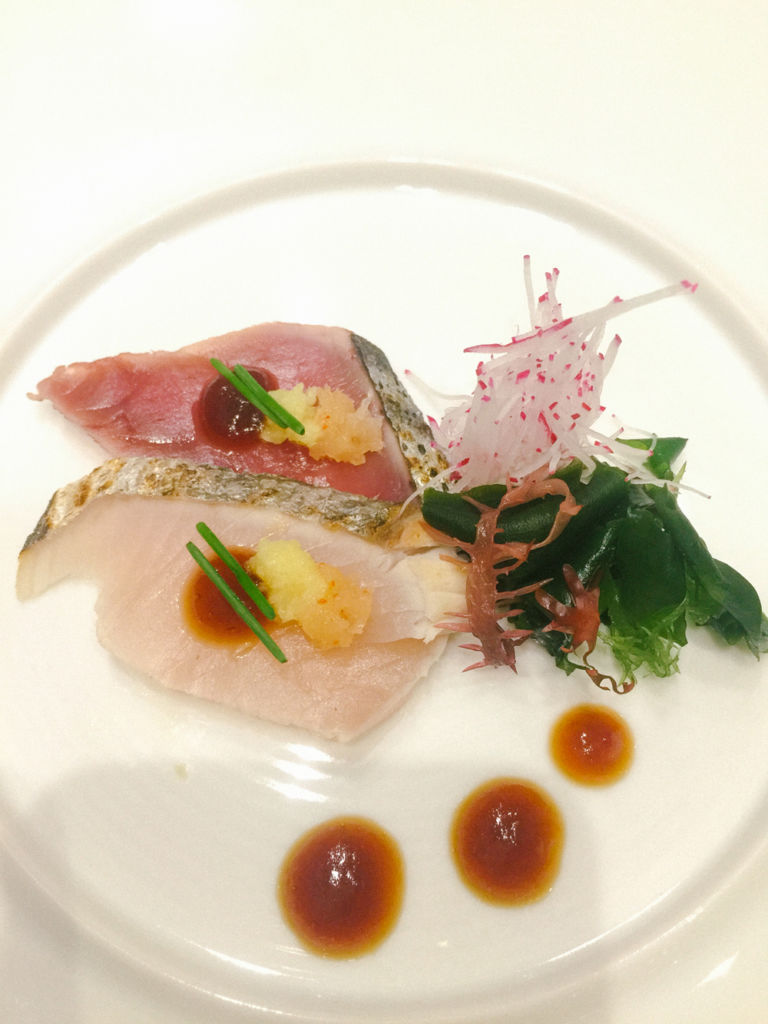 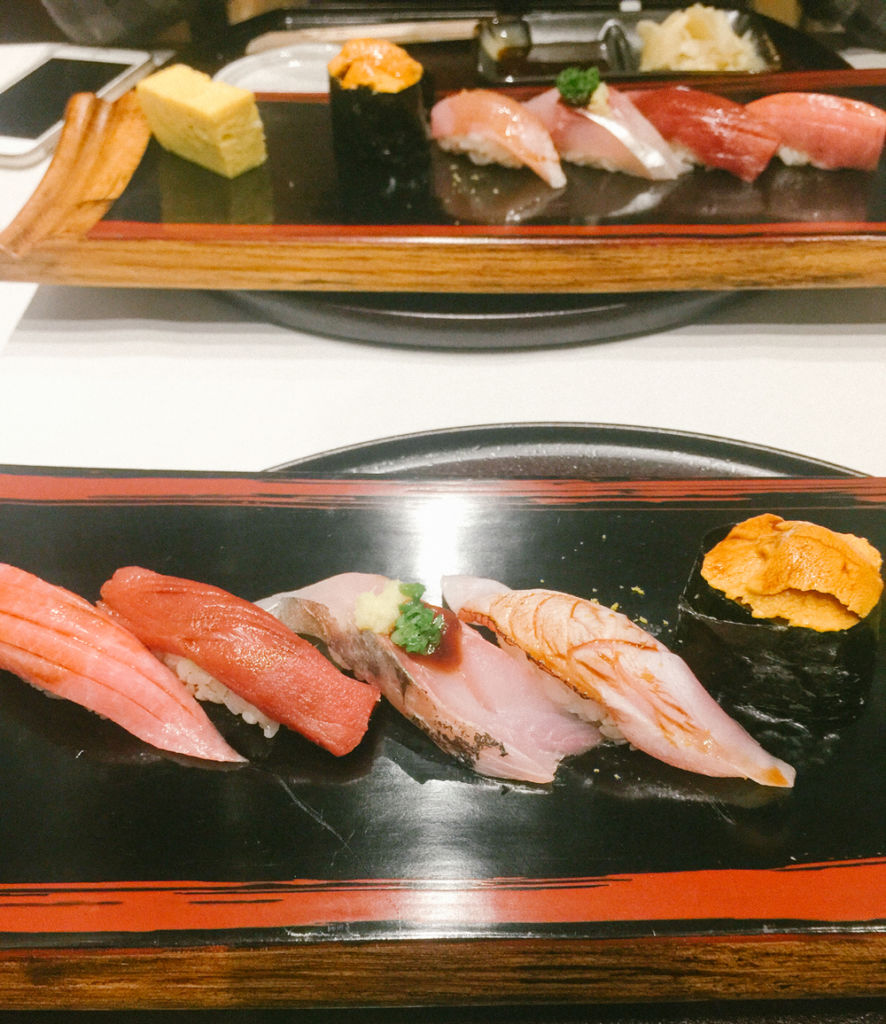 Overall food was delicious, ambiance was nice especially in the private dining area. The restaurant is small to mid-sized, typical of high rated Japanese restaurants and service by waiter and kimono-clad hostess was professional. The chef came out to greet us in the end, which added to the personal touch. My one regret is lack of celebratory dessert at the end, but this can be because we made the reservation at the last minute.

My favorite dish was the uni, halibut truffle and the Dobinmushi, which is drinkable and flavorful broth made with Washington matsutake, chicken, shrimp, halibut and gingko (not pictured).

After dinner we ended the night in Koreatown singing Karaoke over a few more drinks.

I know marriage comes more easily for some people but for me, it’s by far the most challenging task in adulthood. I believe this is because of my independent and stubborn nature, although words like compromise, negotiation, and “meeting half-way” are much more natural than it was many years ago.

Over the past eleven years, I learned the merits and fruits of sacrifice as mother and wife, and as an invaluable cornerstone of a growing family.

Marriage is sometimes easy, and sometimes incredibly lonely. It’s joyous but full of unexpected tears of both kids and myself, exciting but mundane, sometimes hopeful and sometimes completely hopeless. It contains moments of fluffy, sparkly, glittery romance, and other times challenges us to feel the most intense loneliness that one cannot prepare for before marriage.

I think this is because loneliness as a single person is expected. And you get through it thinking, “As long as I find that perfect person….” Loneliness as a married person on the other hand, is downright confusing and complicated without a clear answer or direction. How is it possible to feel lonely next to the greatest love of our lives?

With this nagging question, we are required to face it head on and figure out exactly what makes us feel isolated, misunderstood and alone. Often times we discover that this loneliness is rooted in childhood memories that were silently tucked away, or an unrealized want or need that proliferates after marriage and kids.

Slowly each party learn that marriage isn’t all about spending every waking moment together, it’s more about discovering our individual dreams, talents and fears and growing side-to-side and as-one as lovers, best friends and companions. As family.

Marriage is the time of constant learning, adjusting and re-adjusting. It’s the time of endless self-discovery and growth. The dance continues, but every year there is something new. That, is my reality of marriage in the 11th year.