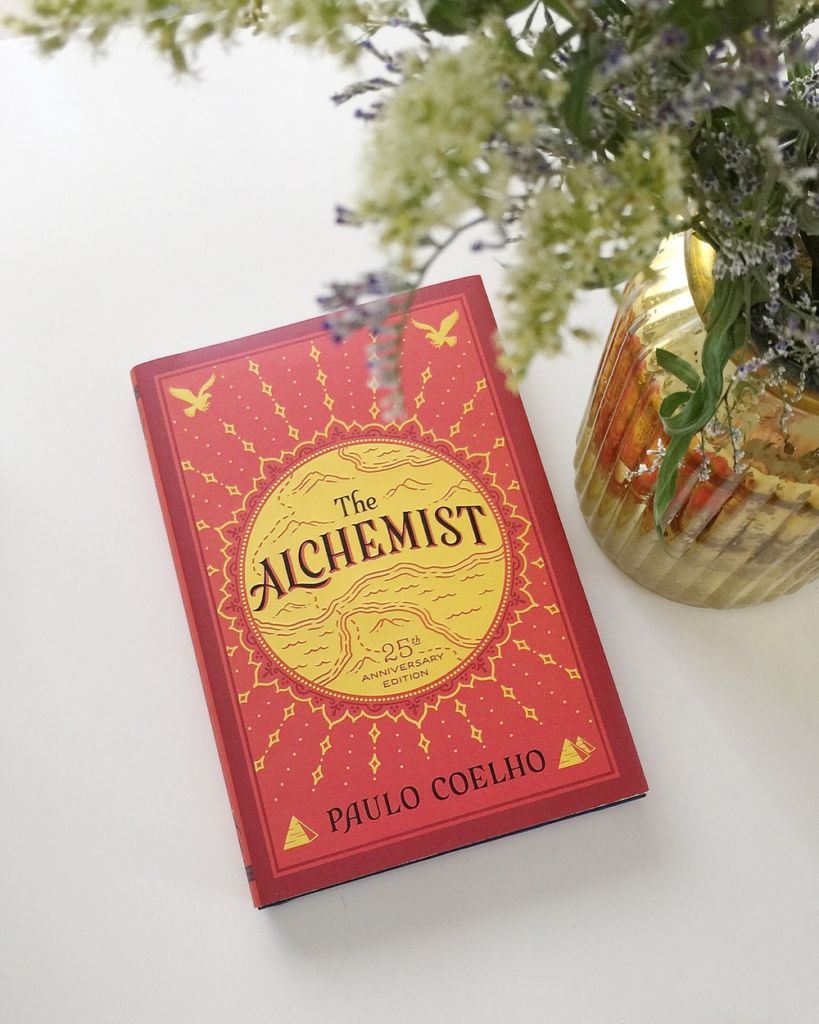 As many of you already know, reading is my favorite past time activity.  Being a full-time mommy means plenty of waiting- waiting at the kids’ school, waiting at their after school classes, waiting at the doctor’s office, which gives me a great excuse to read. I have to admit, Instagram is often a main source of distraction. But I try to remind myself to stay away from my phone screen and read a tangible book instead. For this reason, I prefer real books rather than Kindle. As many bookworms can tell you, it’s a totally different sensory experience.

I plan to begin a new series on my blog called “My Book Shelf”. I’ll be sharing my recent reads and personal reflections and reviews.

The Alchemist By Paulo Coelho

The Alchemist is the first novel by Brazilian writer Paulo Coelho. Upon first publication, it only sold two copies in the first six months. I wonder how it failed to be noticed. Because it is a beautiful and exotic fable about a boy who is in search of his Personal Legend.

It’s clear this search is not an easy one. The boy is forced to leave a girl he thinks he loves, sell his sheep despite his many years of living as a shepherd, travel to a foreign country with strange tongue and begin a new life selling crystals after he is robbed and left penniless.

This book is about finding the Soul of the Universe, speaking the Language of the World, and most importantly, discovering God who resides in all of us. This book is filled with religious imageries and symbolisms but does so in a way that is elegant and non-divisive even to those who may not believe in God.

It speaks of love, one God, the creation, various religions, signs and omens, destiny, personal choices, fate, courage, and meaning of life and death among many other metaphysical ideas. I can see Paulo Coelho speaks the same language of my soul, and I would highly recommend this book for anyone needing a dose of inspiration and spirituality in midst of their busy day.

I’m a proponent of capturing beauty, magic and wisdom using simple ordinary language because life, when really looked at closely, is hardly complicated. We like to complicate the meaning of life because we fail to see the beauty in its simple, ordinary treasures.

Here are some of my favorite quotes from the book.

“And, when you want something, all the universe conspires in helping you to achieve it.”

“The secret of life, though, is to fall seven times and to get up eight times.”

“The simple things are also the most extraordinary things, and only the wise can see them.”

“Tell your heart that the fear of suffering is worse than the suffering itself. And that no heart has ever suffered when it goes in search of its dreams, because every second of the search is a second’s encounter with God and with eternity.”

“I don’t live in either my past or my future. I’m interested only in the present. If you can concentrate always on the present, you’ll be a happy man. Life will be a party for you, a grand festival, because life is the moment we’re living now.”

“It was the pure Language of the World. It required no explanation, just as the universe needs none as it travels through endless time. What the boy felt at that moment was that he was in the presence of the only woman in his life, and that, with no need for words, she recognized the same thing. He was more certain of it than of anything in the world. He had been told by his parents and grandparents that he must fall in love and really know a person before becoming committed. But maybe people who felt that way had never learned the universal language. Because, when you know that language, it’s easy to understand that someone in the world awaits you, whether it’s in the middle of the desert or in some great city.

And when two such people encounter each other, and their eyes meet, the past and the future become unimportant. There is only that moment, and the incredible certainty that everything under the sun has been written by one hand only. It is the hand that evokes love, and creates a twin soul for every person in the world. Without such love, one’s dreams would have no meaning.”

This is a great book for anyone whose soul is thirsting in the daily grind. If your soul is asking you to feed it, but your mind isn’t ready for dense philosophical books, pick up this book. It will help to re-center you in childlike simplicity.