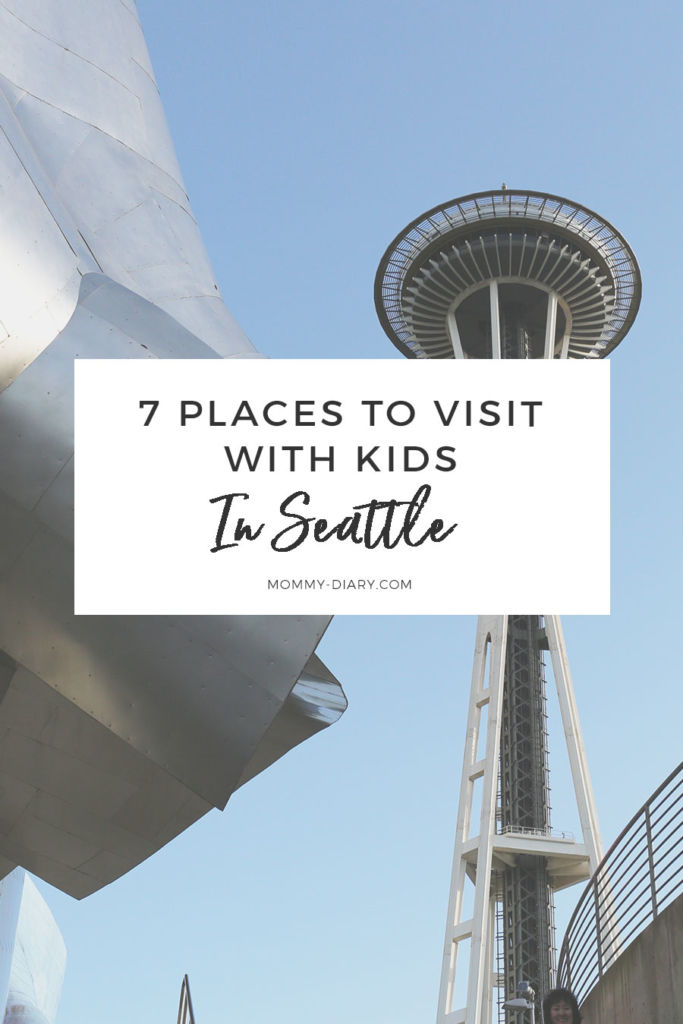 In 2014, my parents moved to Seattle after over twenty years of living in Southern California due to my father’s work. The downside about this is that I lost a dependable built in childcare and we can’t see them as much as we would like to. The upside is that we now visit Seattle at least 2-3 times a year which has been an amazing experience for myself and the kids.

We now call Seattle our second home, and have been there numerous times in the past two years. Here is a list of fun places I visited with the kids in Seattle. I hope you find them useful. 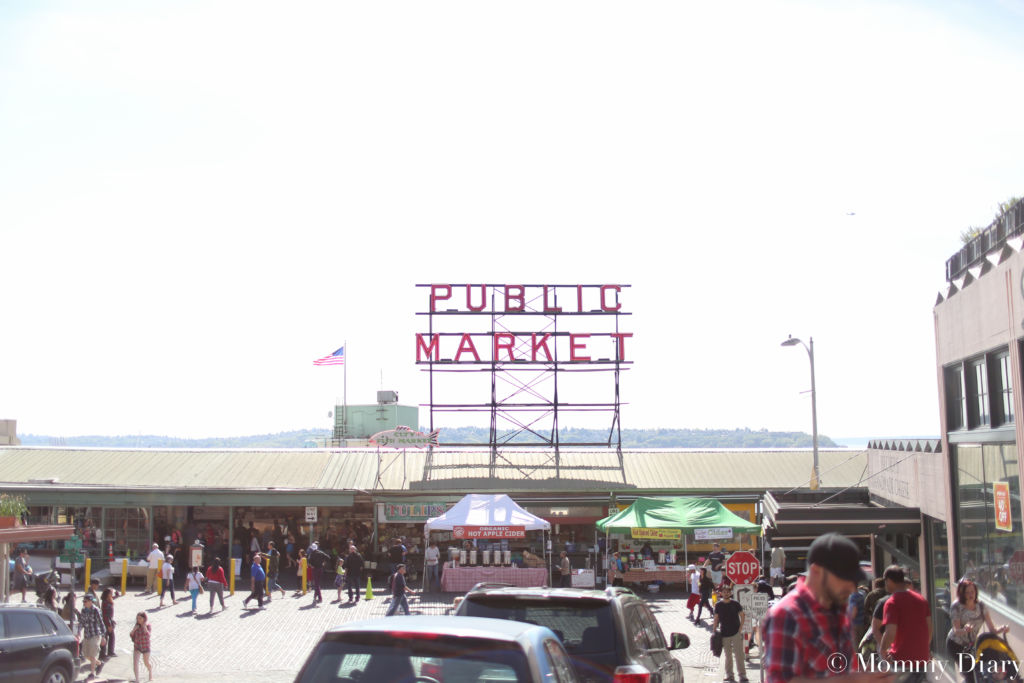 Downtown Seattle exuberates a kind of romance that’s unique to the city. It reminds me of Northern California- artsy, cosmopolitan with interesting details peppered throughout the city. Unlike many saying Seattle’s weather is dreadful, I saw plenty of sunshine and clear skies with occasional drizzle which felt more like a treat than pain in such a romantic city.

I frequented Pike Place Marketplace, which is always booming with interesting locals, tourists and street performers. The Original Starbucks is worth the visit for its exclusive mugs and souvenirs and Beecher’s cheese and Ellenos Greek Yogurt are delicious treats!

When in Post Alley Way, don’t forget to stop by Pike Place Chowder! 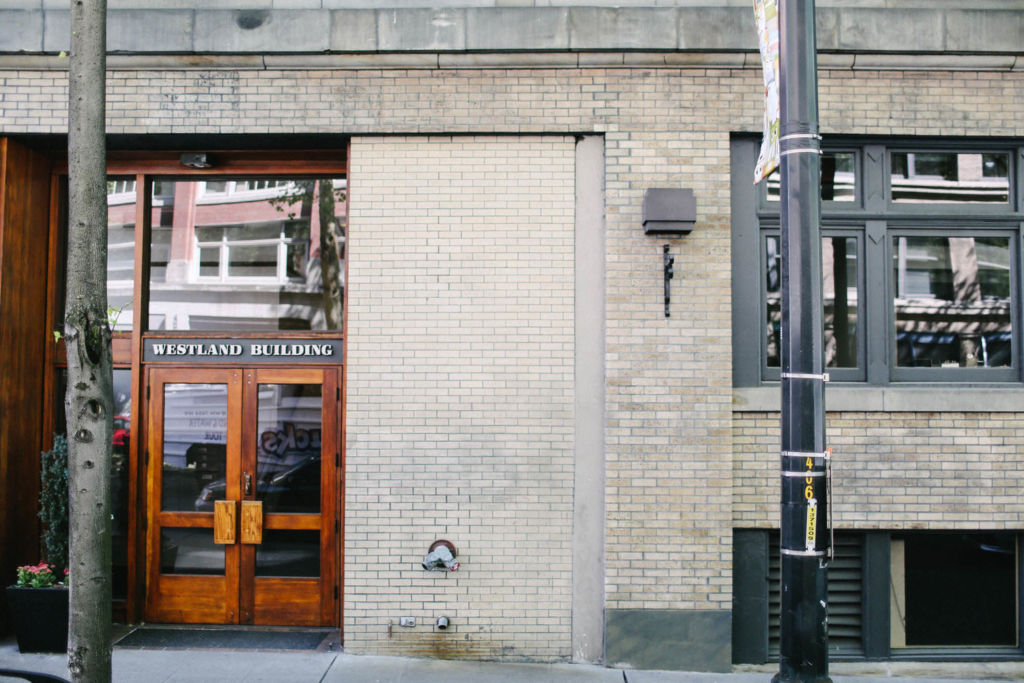 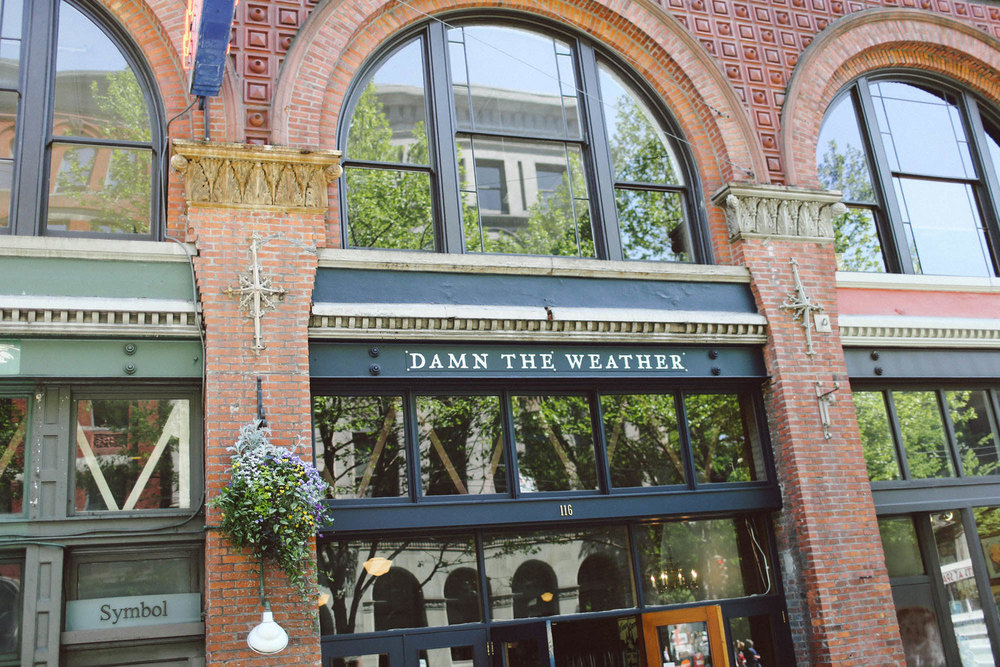 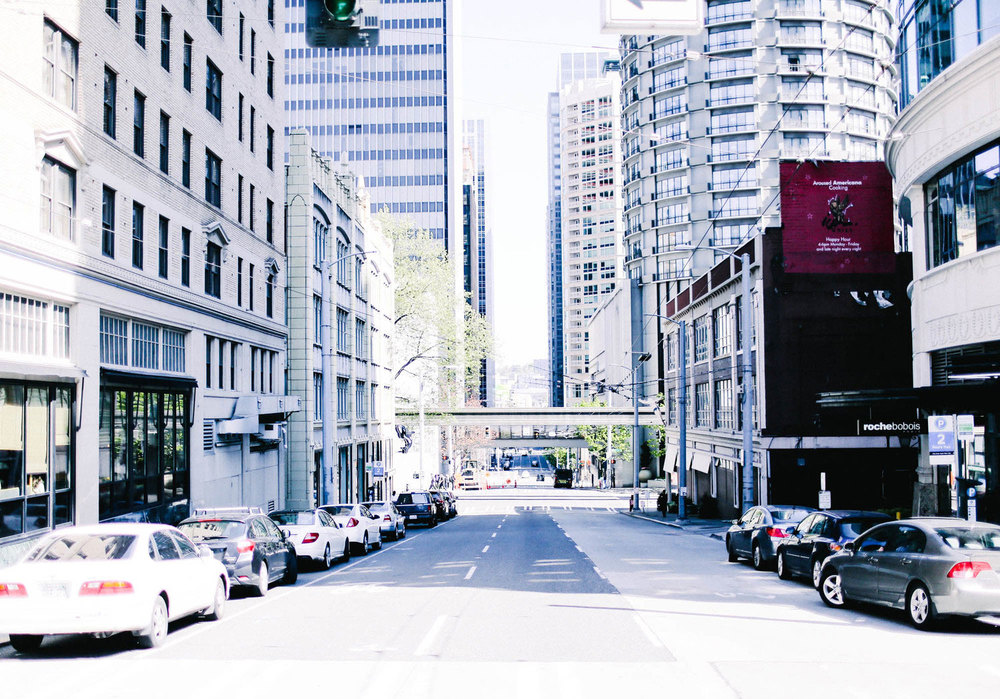 We took the duck tour and it was so much fun! Our captain had an awesome sense of humor and kept the entire one-hour ride entertaining and interactive. This bus takes you for a tour around Downtown, explains its history and landmarks, then later transforms to a boat for a ride around the Seattle coast.

The best part was seeing the houseboat from Sleepless in Seattle. Too bad I couldn’t get a good picture. I still love this movie, a timeless classic from the 90’s. 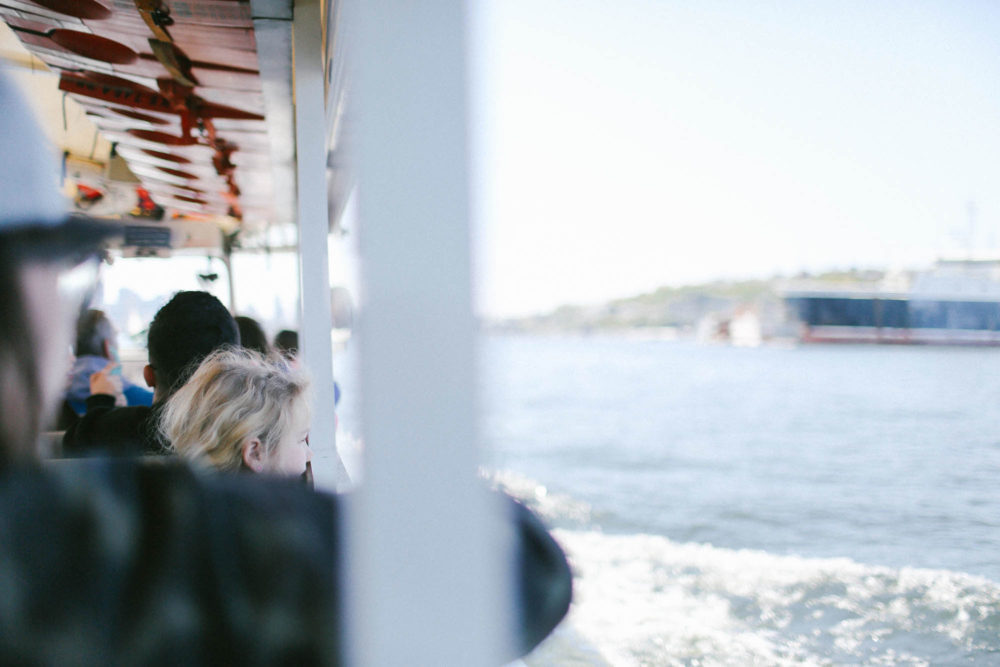 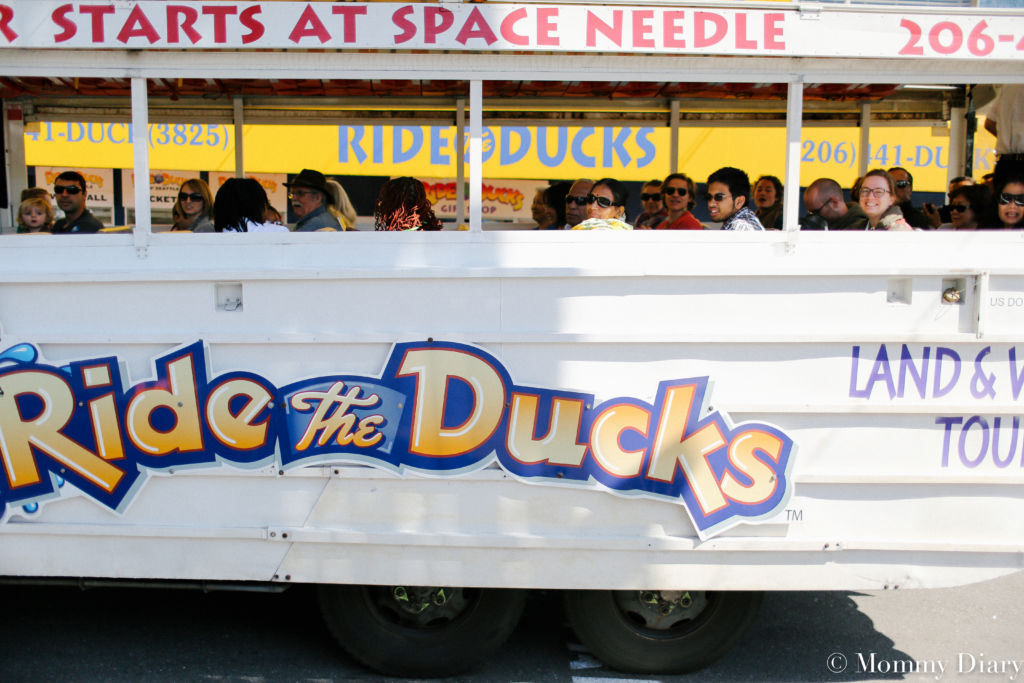 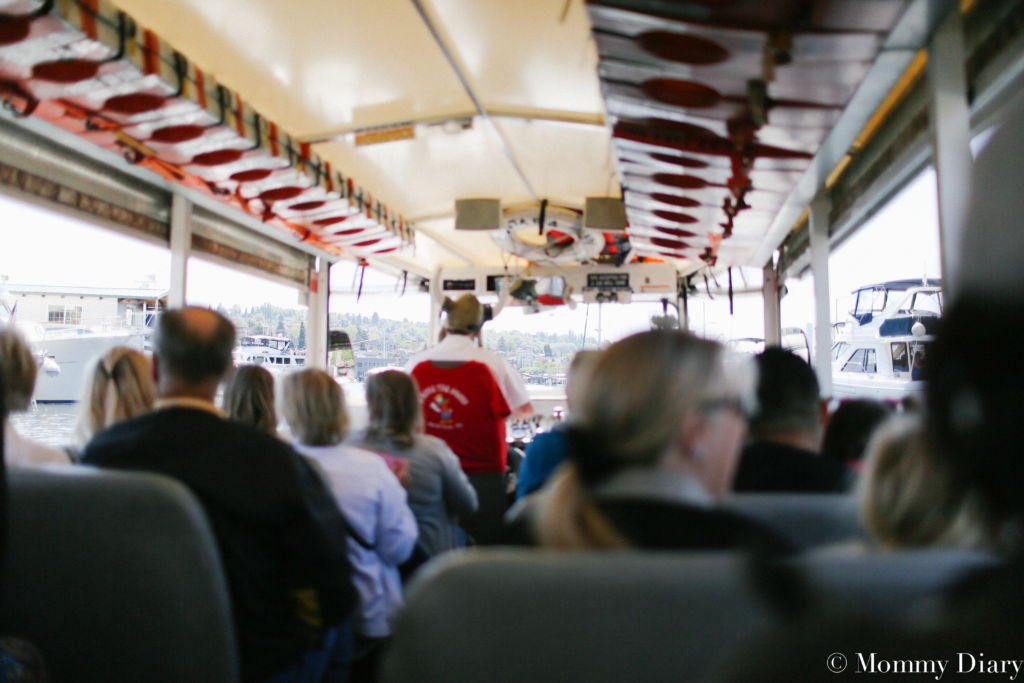 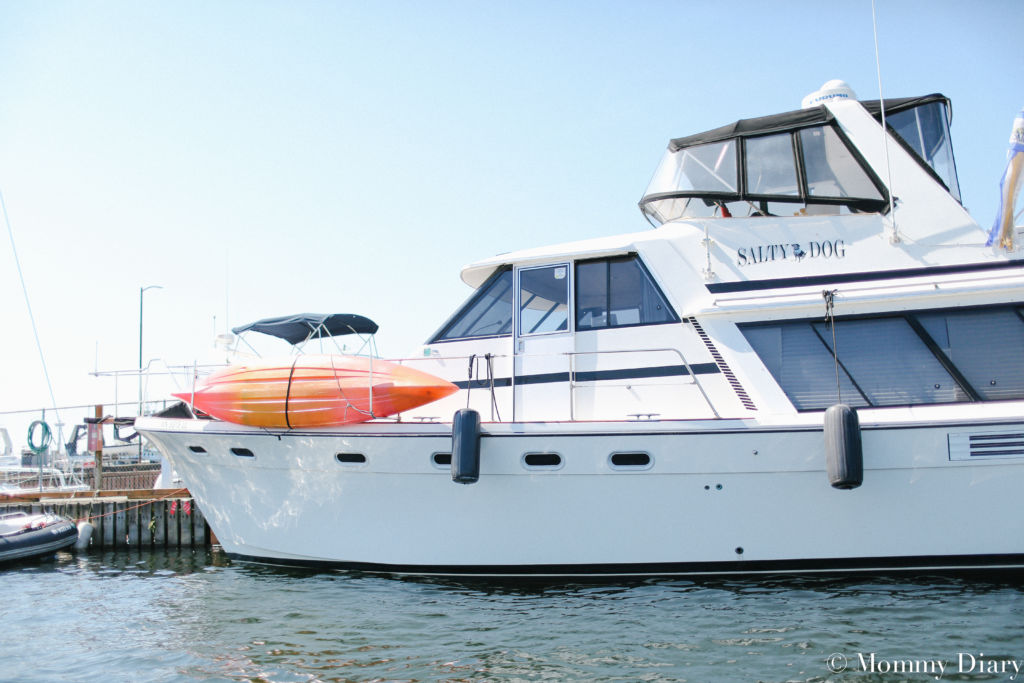 Woodland Park Zoo was a lot of fun. The biggest difference between this zoo and ones found in Southern California is that the animals are surrounded by lush trees in cooler weather. There were plenty of interesting animals to see and the park was kept clean. Kids say this was one of their favorite zoo visits. 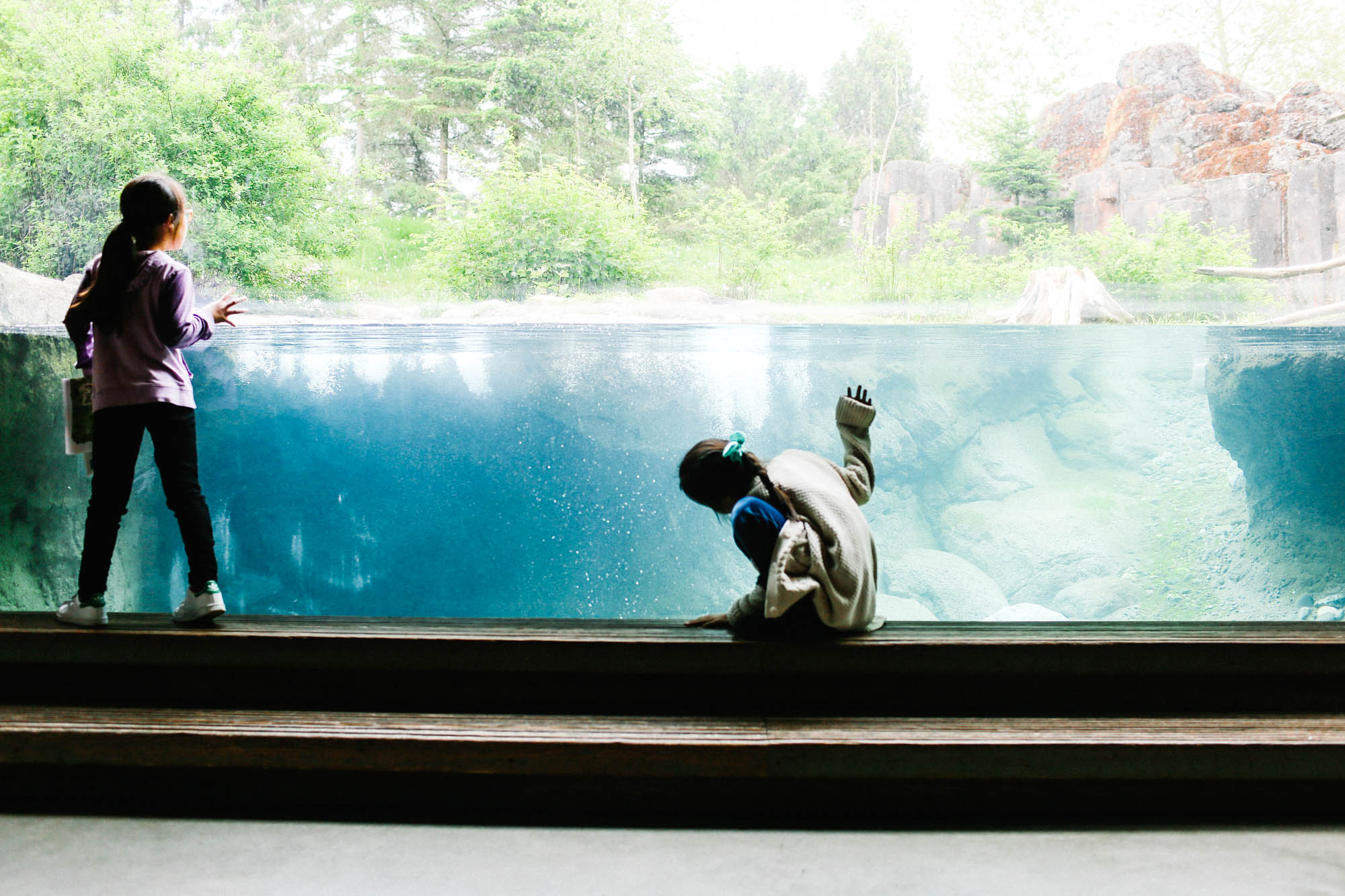 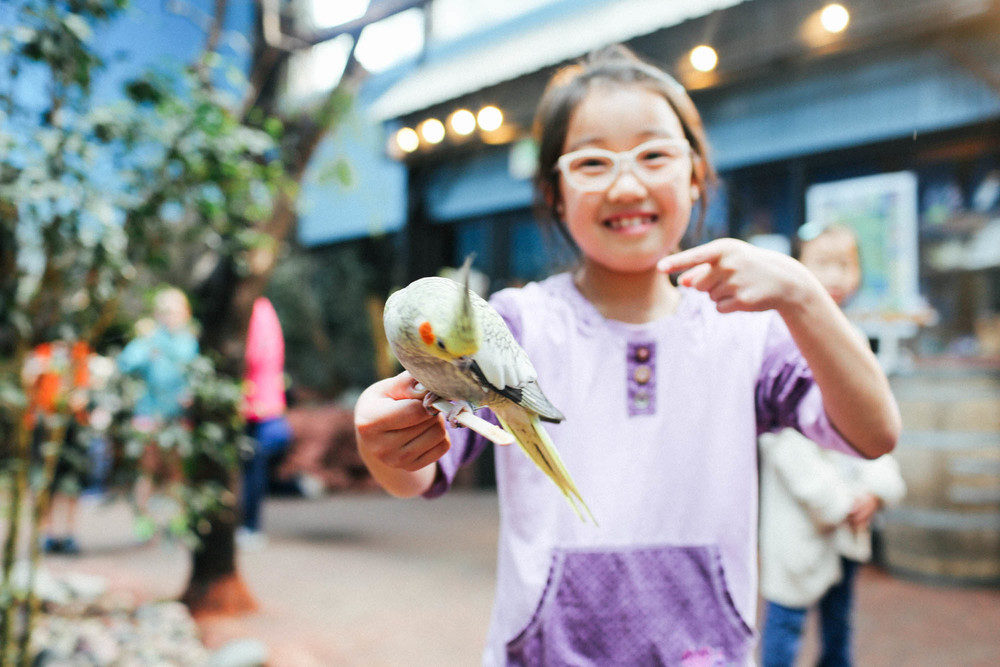 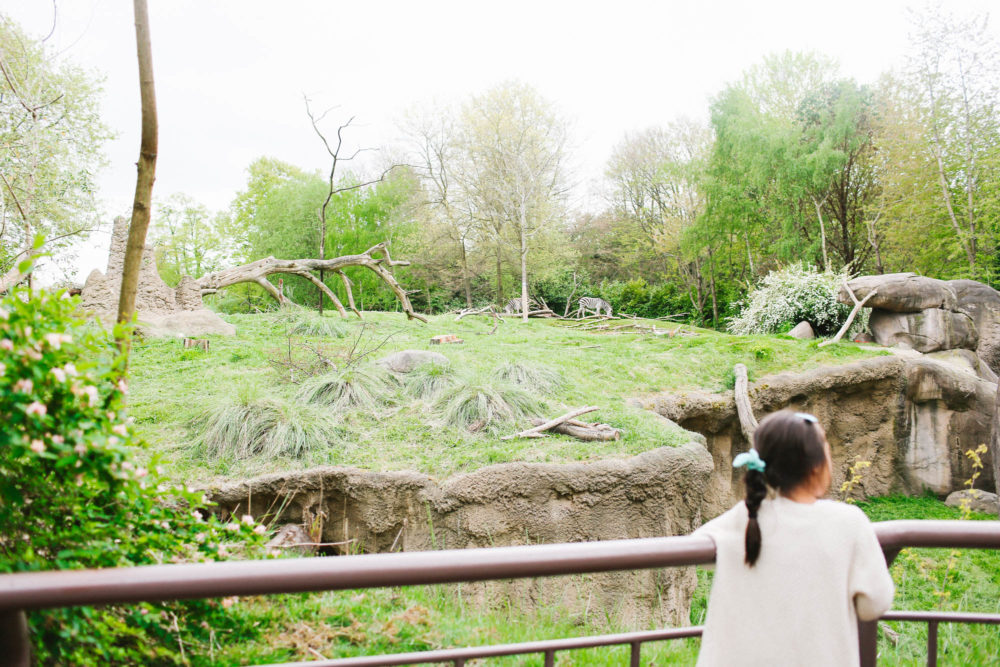 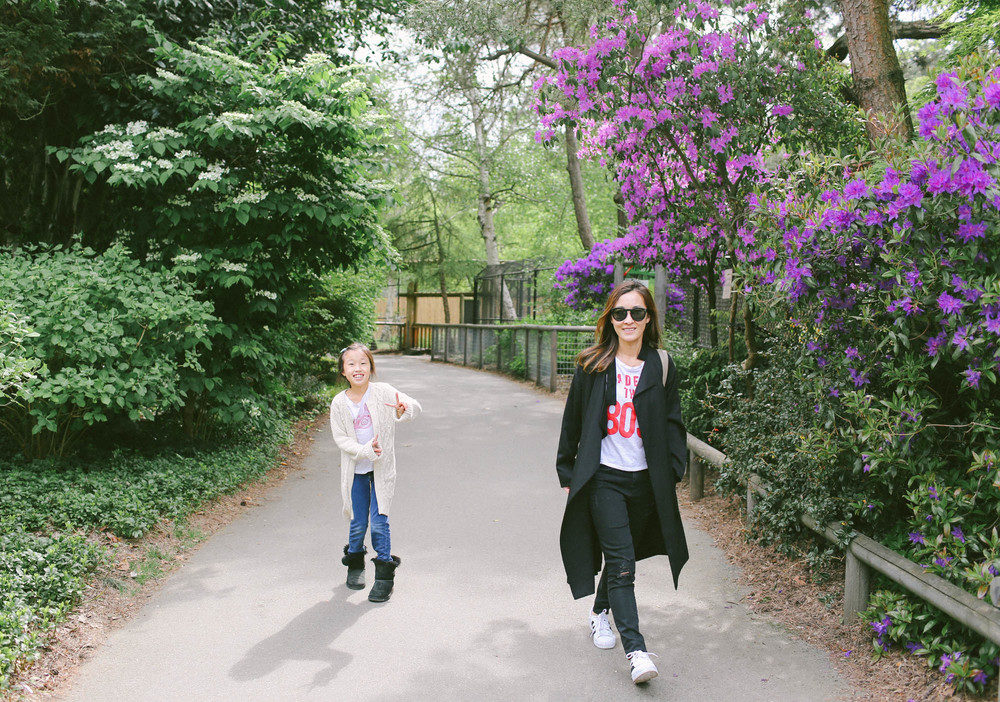 We took a 2-hour drive through Mount Rainier, the highest mountain in the state of Washington. It was beautiful, scenic and cold enough for snow play in middle of April.

It gets cold, so be sure to pack a thick jacket, some water and food as dining options are limited. 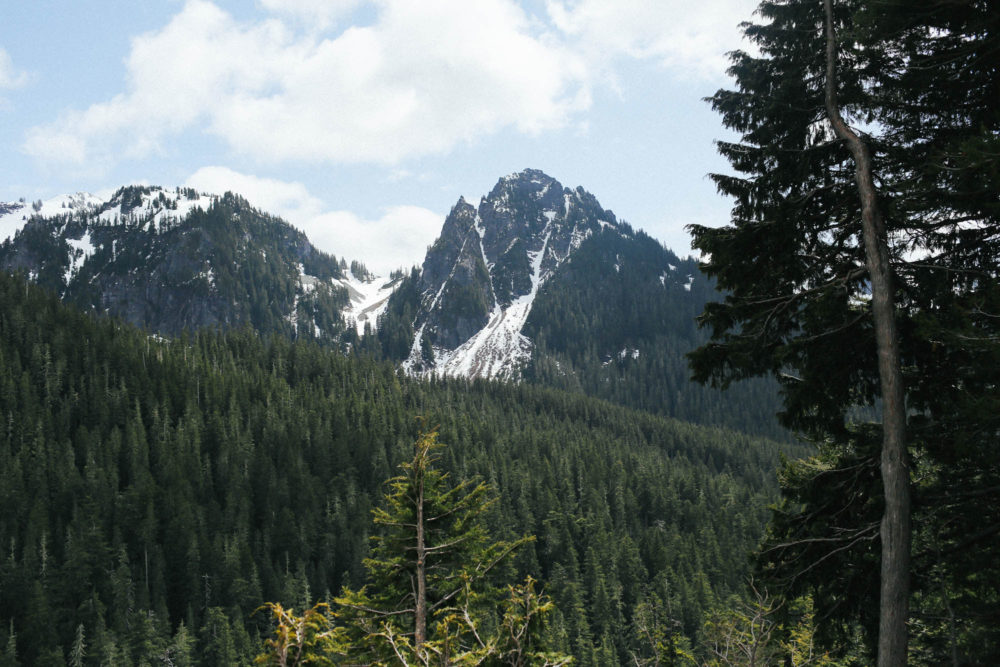 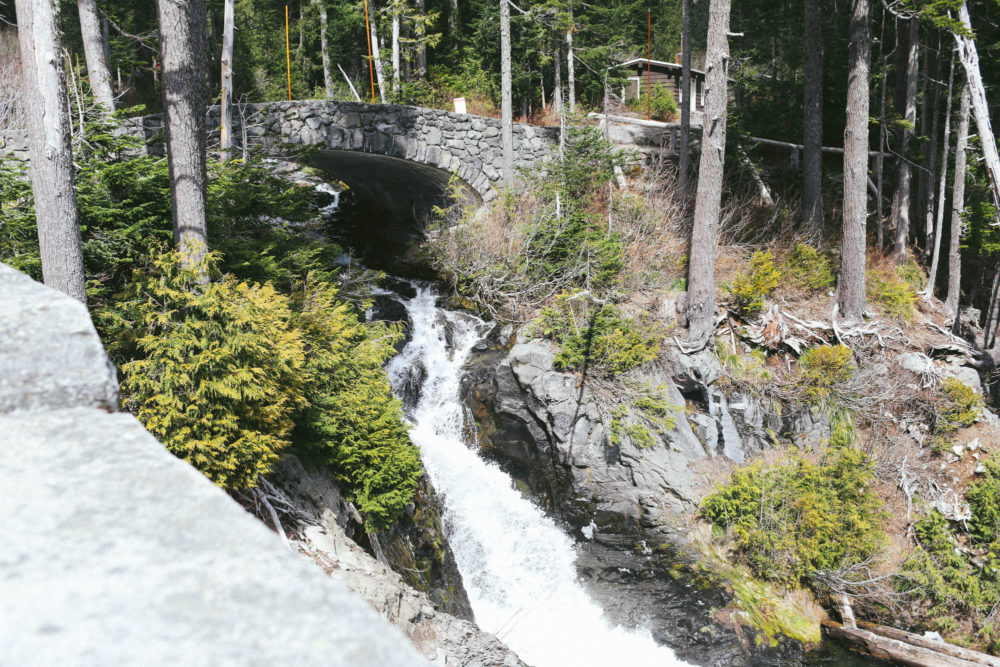 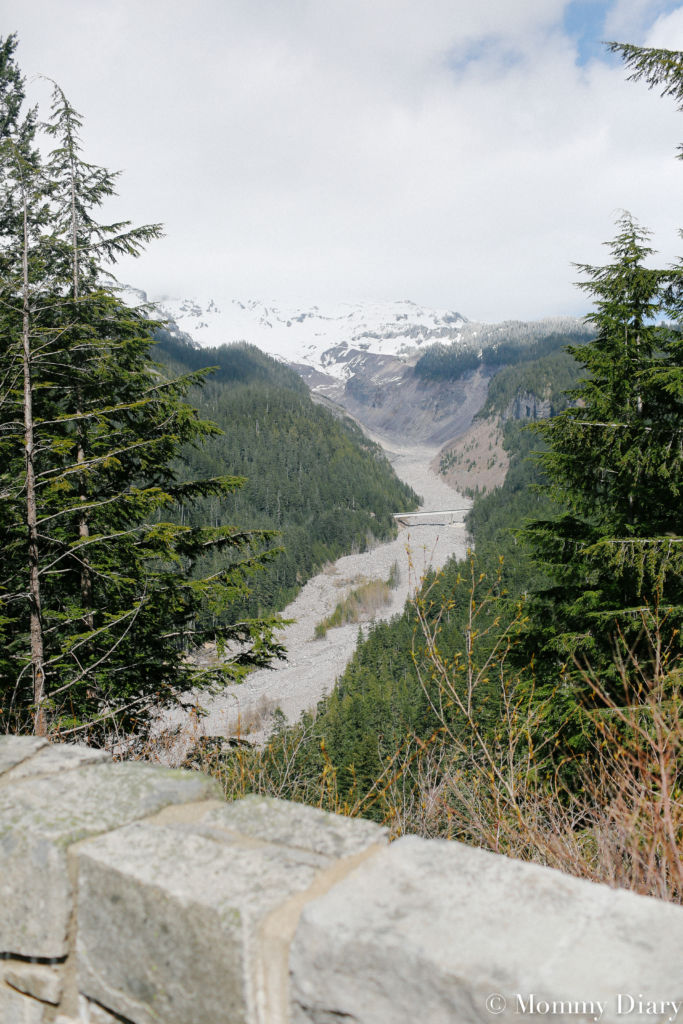 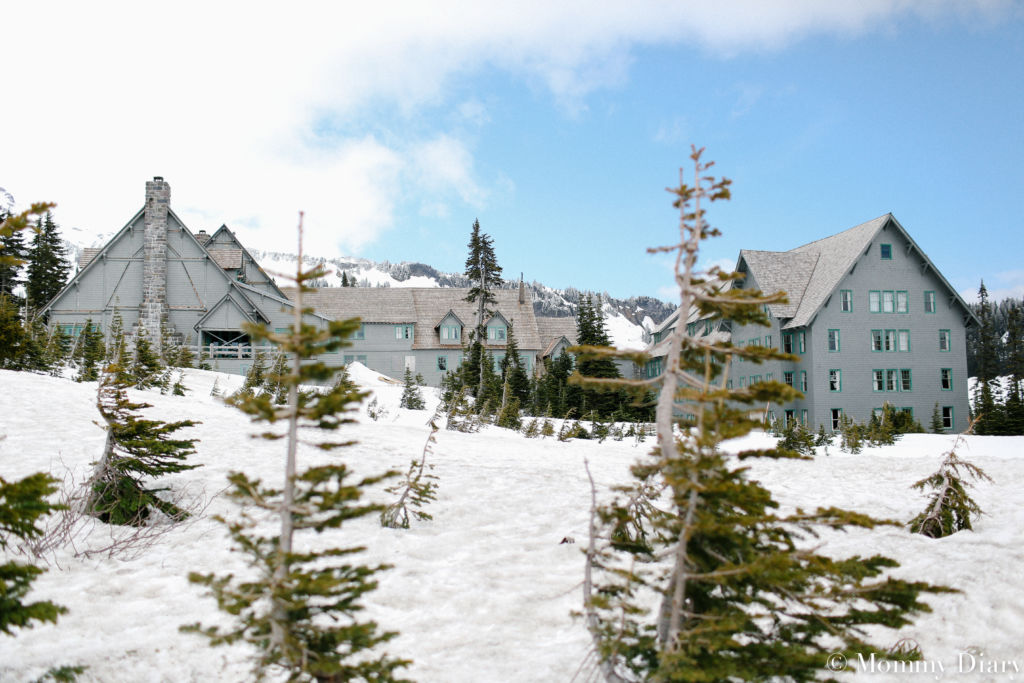 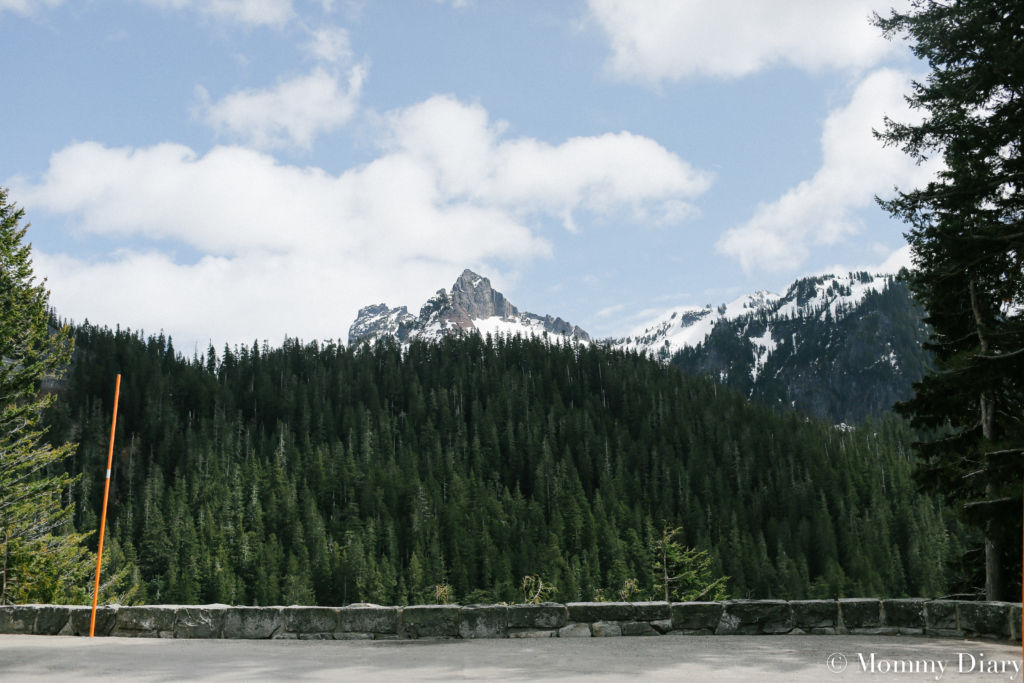 On our drive down the mountain I spotted the most beautiful cherry blossom trees in front of a local school. 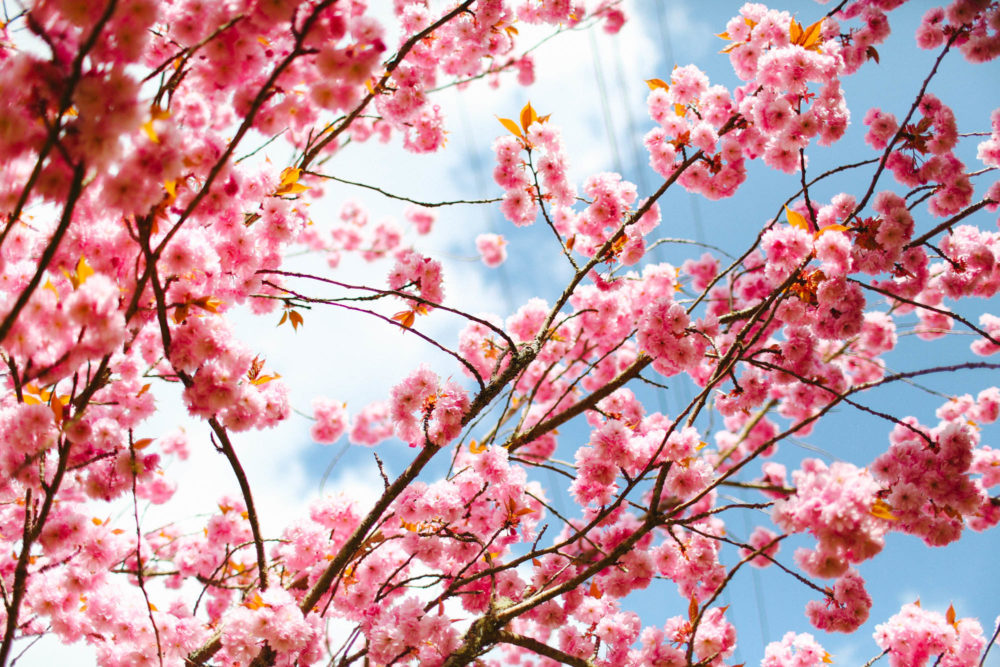 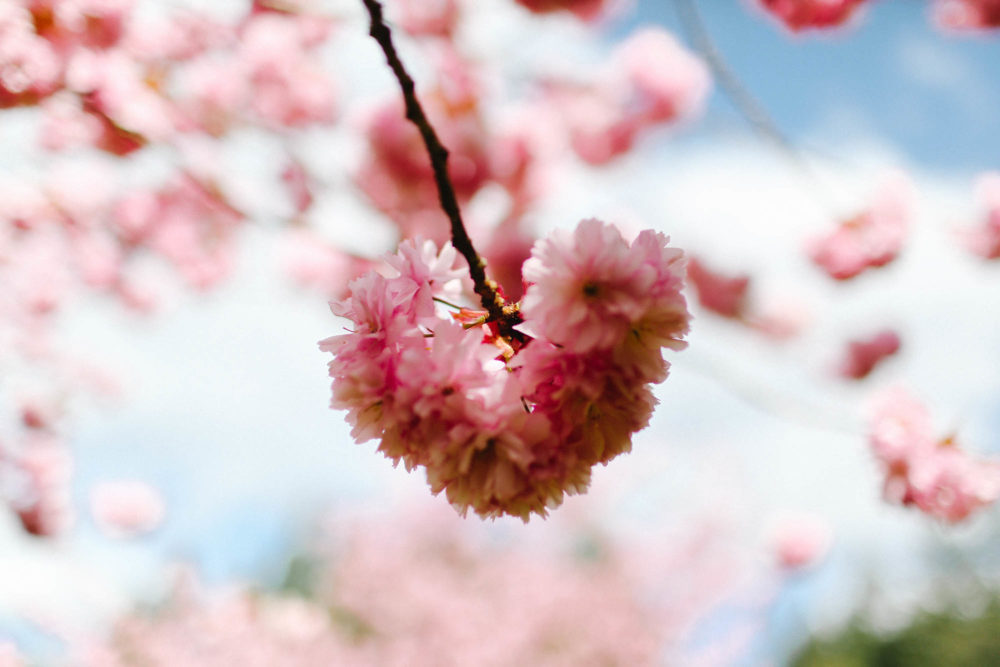 The highlight of our trip was visiting the Seattle Public Library.  Located at the heart of Downtown Seattle, this place is bookworm and photographer’s heaven. Words cannot capture the magnificence and architectural intricacies of this place. There are art and surprises at every corner and my inner nerd was doing cartwheels the entire time–major cartwheels with frequent shrieks and ooh, ahhh, omg look! gasps.

If you’re ever visiting Seattle, you must visit this library. You can easily spend an entire afternoon here reading, exploring and taking pictures. 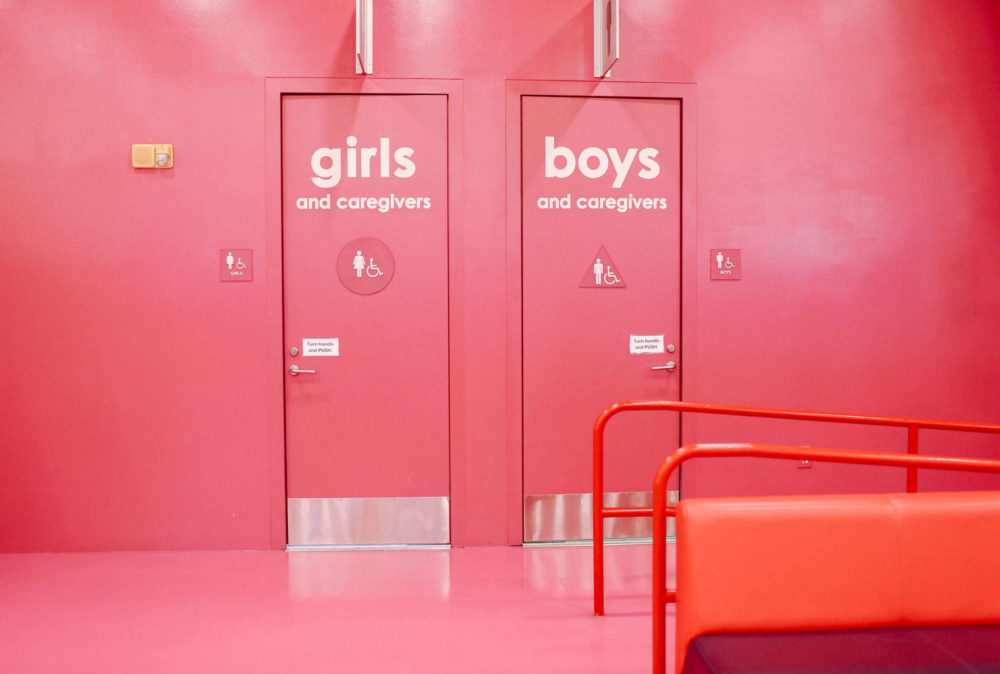 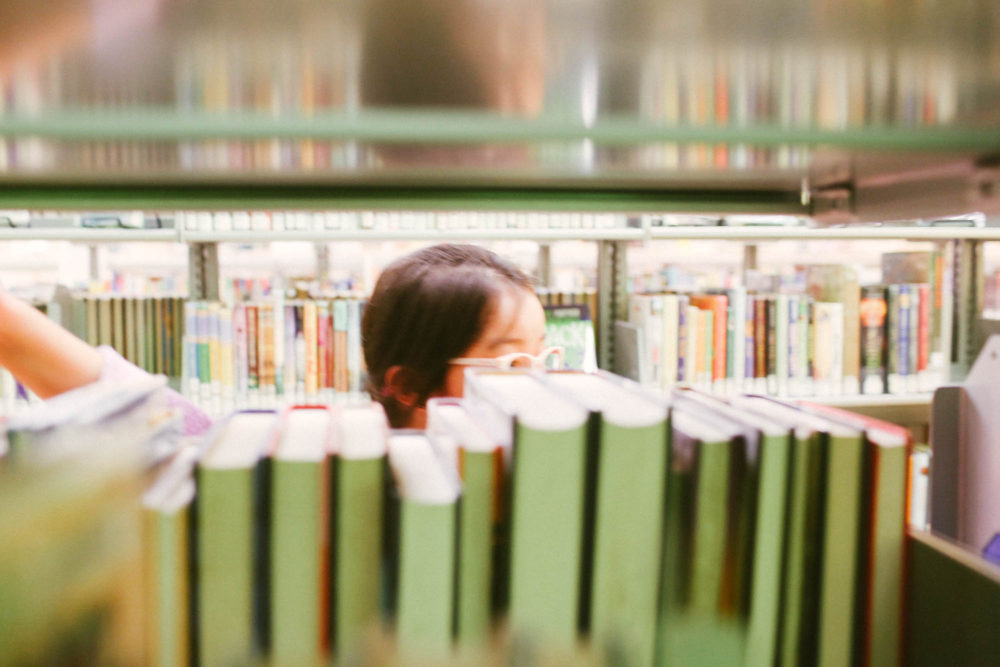 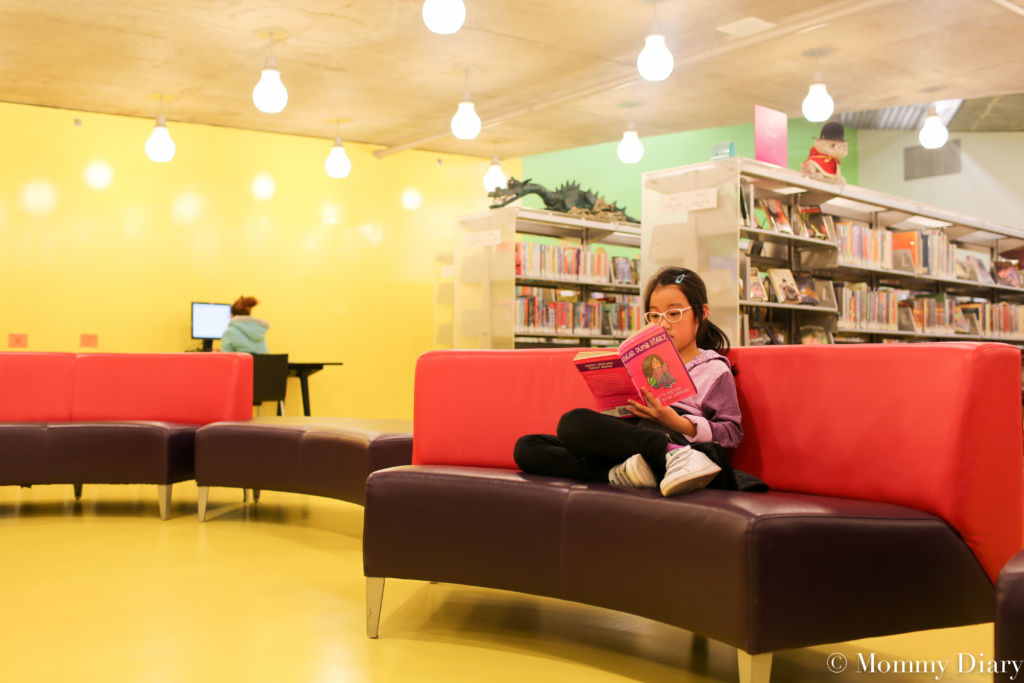 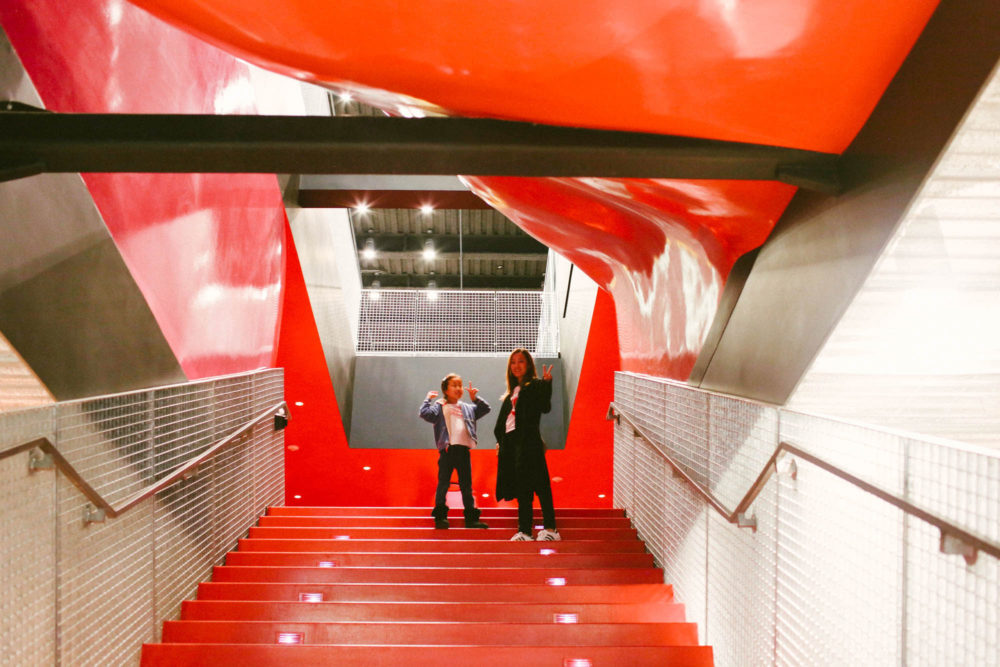 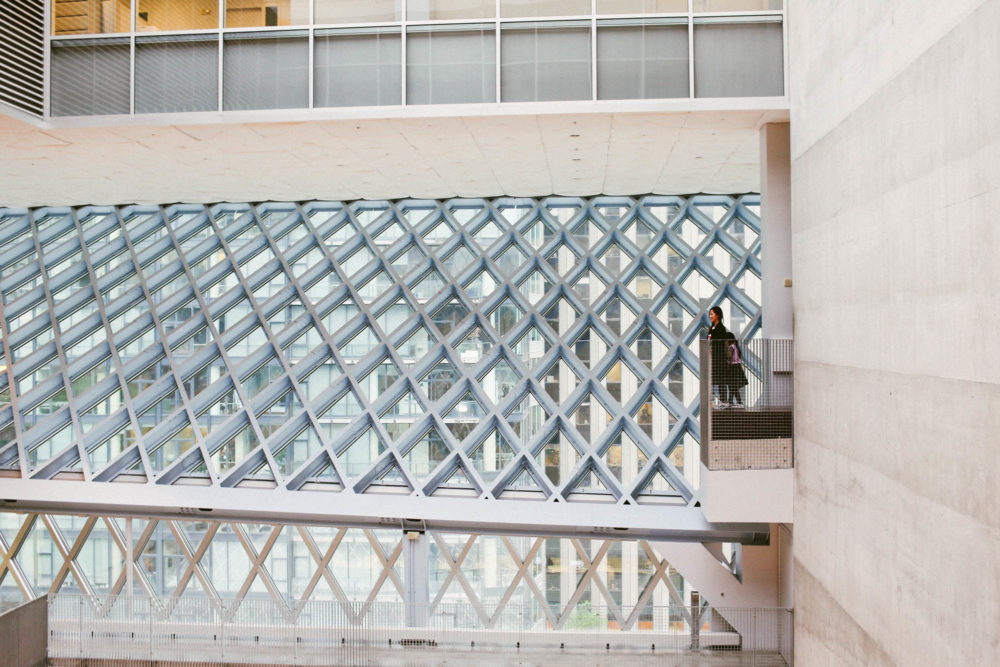 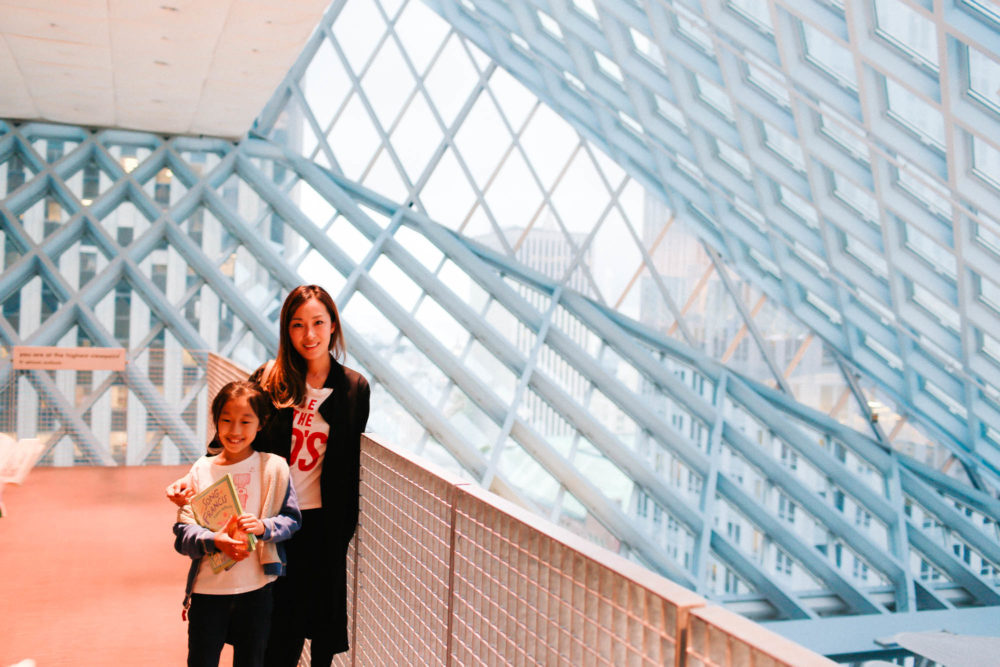 Our last day was spent at the Seattle Center right by Seattle’s landmark, the Space Needle. We rode the metro to Downtown Seattle for a quick tour around the city and ended the night with a nice course meal at SkyCity restaurant. 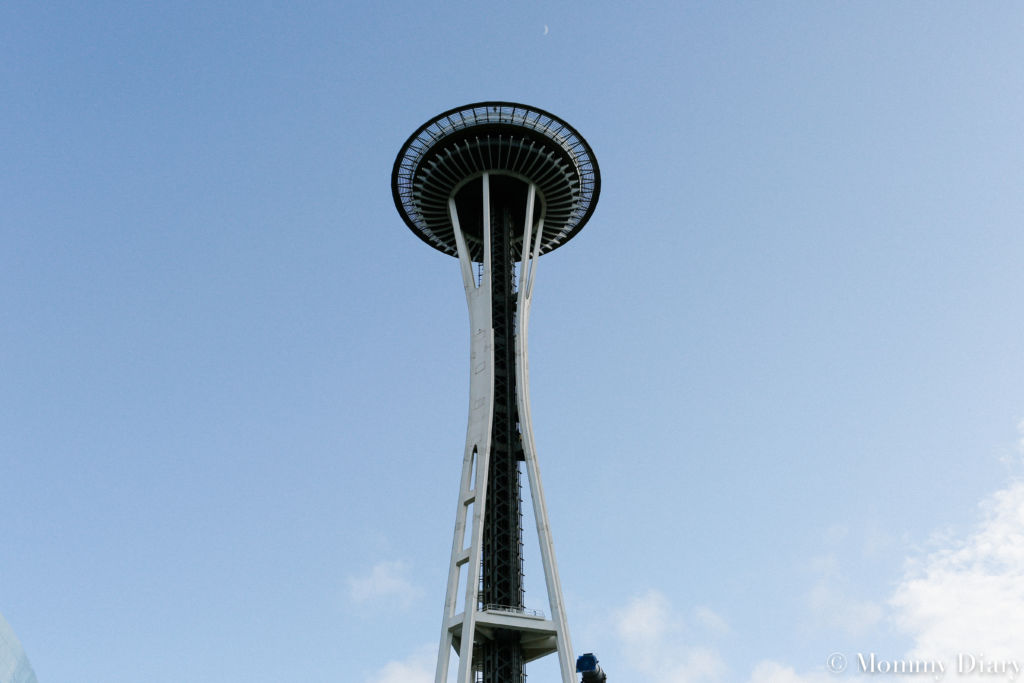 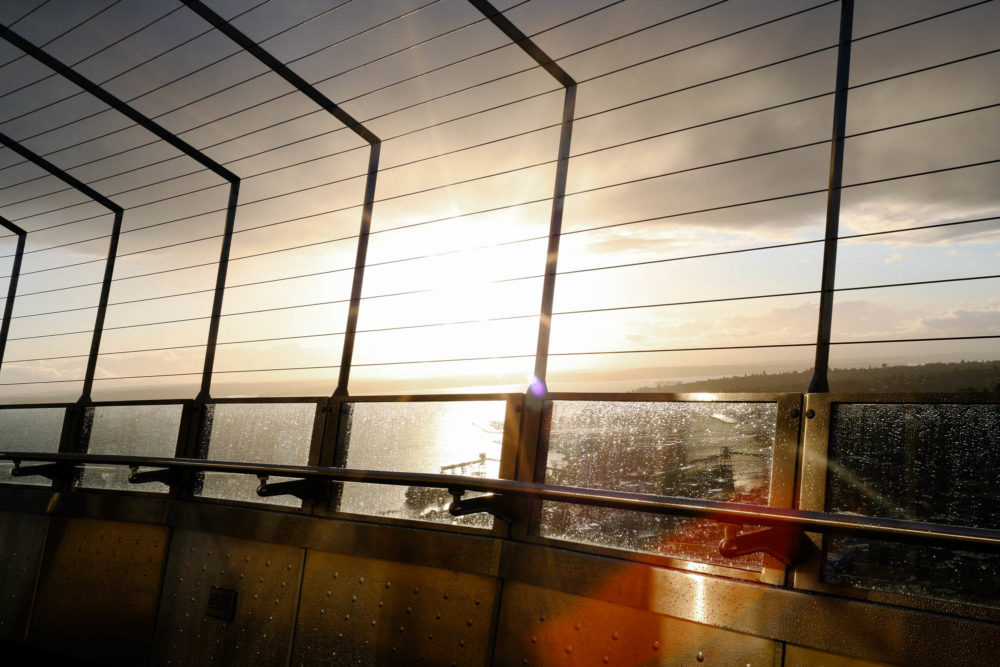 Rainy view from the observation deck 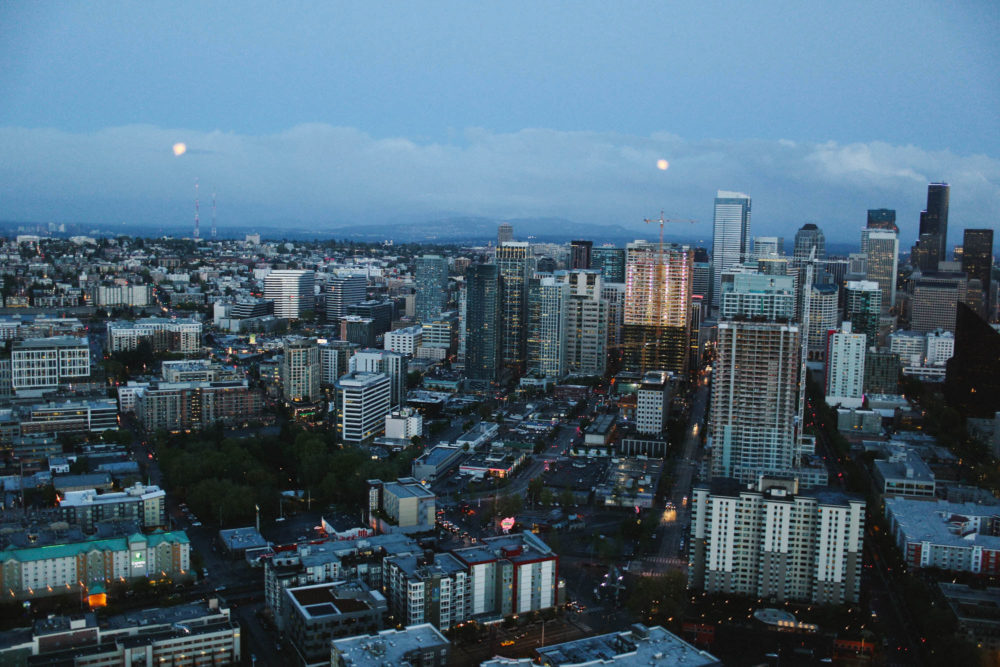 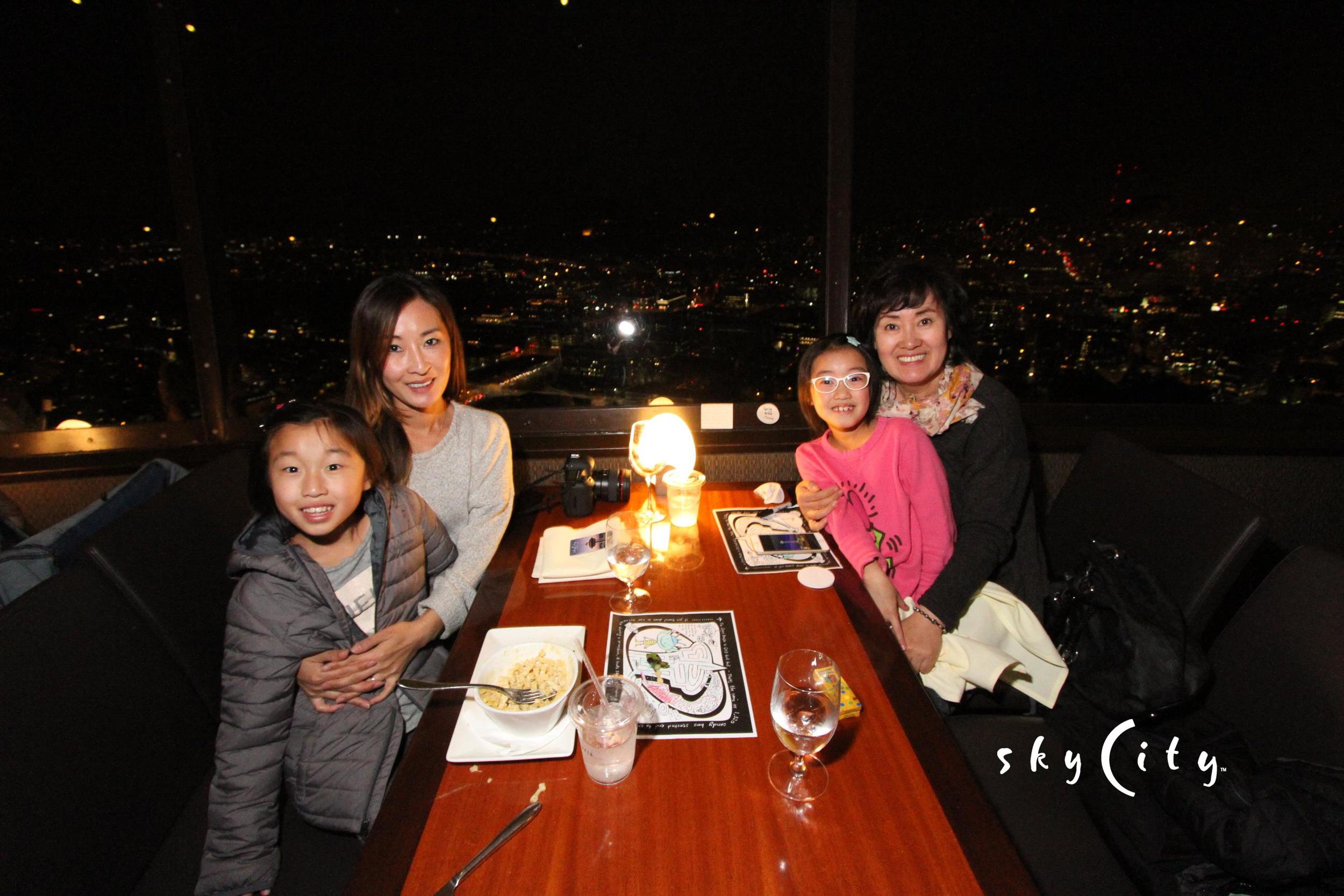 Overall, we made the most of our trip to Seattle and the saddest part was leaving grandparents. Now that I’m back home, it’s time to put on my adult hat and enjoy being a mommy and wife again.

You can read more about my solitary three hours at Pike Place with more recommendations here and here.

One thought on “7 Places To Visit With Kids In Seattle”